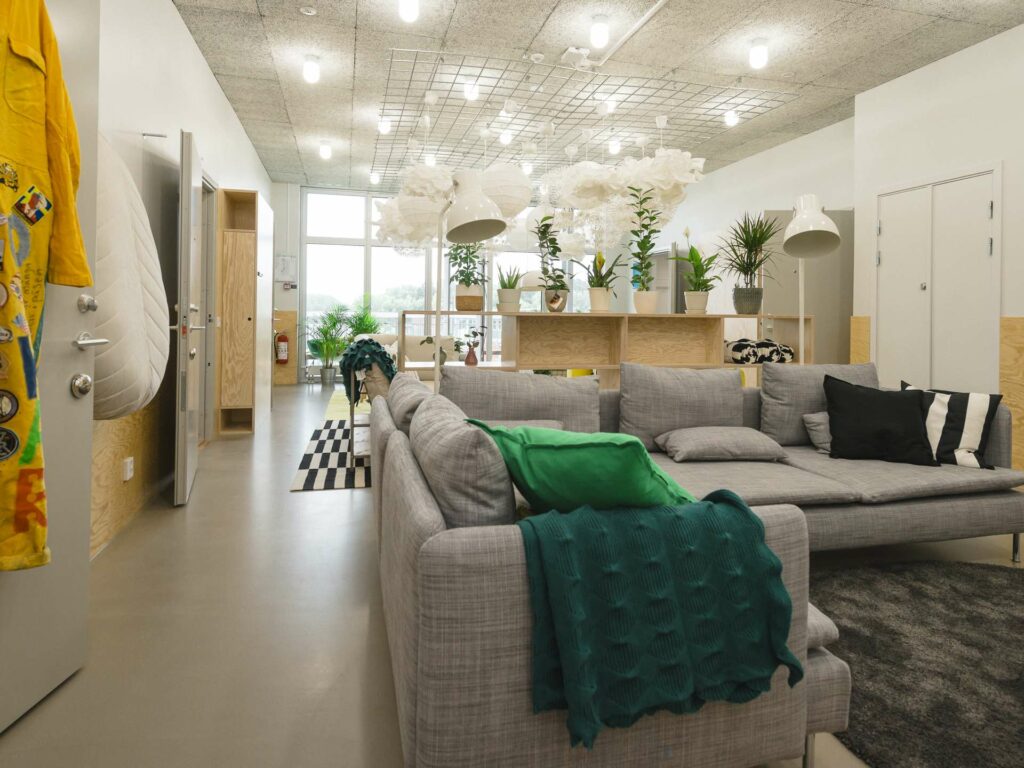 Welcome to Gnistan in Vallastaden

Right next to Linköping university, you will find Vallastaden, a district developed from a housing and community expo in 2017. Here, traditional ways of building have been challenged, resulting in exciting architecture and a unique neighbourhood in which people, interaction and sustainability are in focus.

In the central square in Vallastaden, Studentbostäder has 183 homes. Some of the homes have been built according to a new concept where architectural students provided the drawings. It is the result of an architectural competition sponsored by Studentbostäder, where the winning submission was given the chance to be translated into reality.

Dorms and apartments in Gnistan

In Gnistan there are both dormitory rooms and apartments of different sizes. The dorms in Gnistan are called Vallavåning and consist of smaller, furnished individual rooms with your own private bathroom. The collective area are a full 200 square meters where the tenants have access to everything from sound system to an entertainment system.

Example of an apartment with one room

Example of what an apartment with one room and a kitchen in Gnistan can look like. The example is from Kunskapslänken 10.

Example of an apartment with two rooms

Example of what an apartment with two rooms and a kitchen in Gnistan can look like. The example is from Kunskapslänken 34.

Map of the area

Pictures of the area

Do you want to live in Gnistan?

Would you also like to live in Gnistan? You find all of our available homes below. 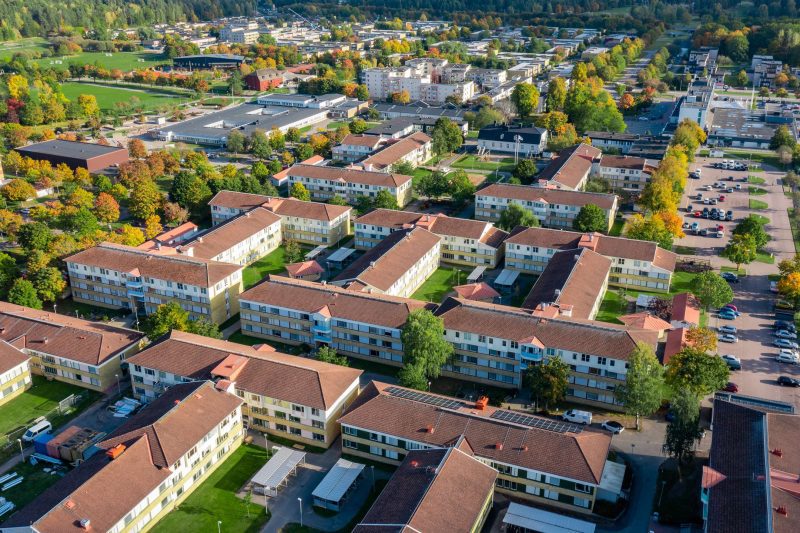 If you want to experience real student life, live where it happens and at the same time be close to campus, Ryd is the place for you.

On Västra Vägen in Gottfridsberg is Fjärilen, one of our most popular student housing. 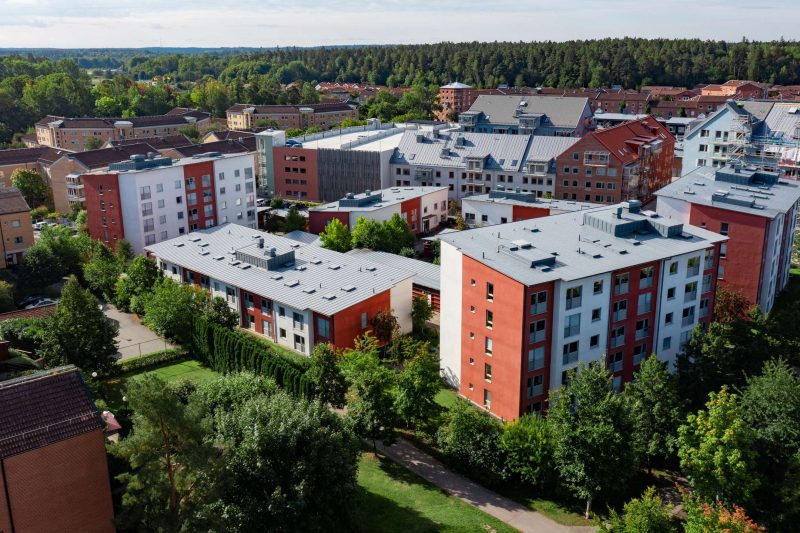 T1 is one of Linköping's most attractive districts. Here we have just over 200 unfurnished one room apartments.